To celebrate their 5th anniversary, Tencent and Garena are having major updates for Arena of Valor 4.0. Here’s everything you’ll need to know, including the map changes and the new ranking system.

In the new map, you will find it strange because the entire Mobile Union Battlefield has been completely reworked with extremely impressive images and effects. Includes pylons, campus area and river.

Another notable change is the mode day and night in the Union Army. The minions will be stronger at night and the player will also gain more experience and gold during this time.

Caesar of Darkness and Dragon of Light LQ 4.0

The appearance of the Dark Caesar and the Light Dragon have been adjusted to make them look more lively and attractive to players. These are the two strongest monsters in the map.

In this version 4.0, the Light Dragon will have two evolution levels Kraydus Dragon and Light Dragon when the player goes to the middle of the game or plays after 15 minutes. As for Dark Caesar, you will see 3 levels of evolution from Normal Caesar, Dark Caesar and Tyrant Caesar.

The changed image of these two monsters is said to emphasize the contrast between the forces of light and darkness in the game.

Balance the gameplay of Arena of Valor 4.0 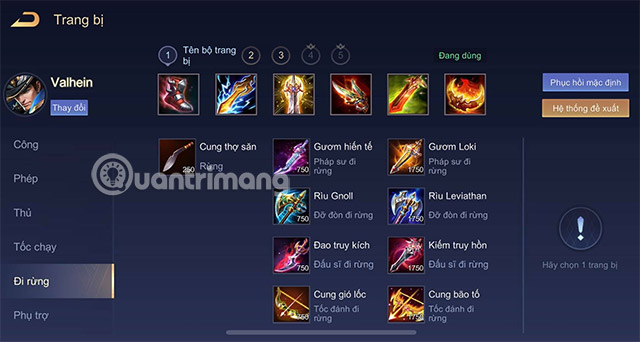 In the current meta, junglers can only need to go into one lane and get all the gold and resources from other players. Causes an imbalance in shared resources, and this will be reworked in version 4.0 this time.

The new passives for all Junglers will be:

Proximity: When near an allied champion, that champion will gain all gold and experience if you kill a monster/jungle, you only gain 50% and this effect only lasts for 5 minutes. This effect will force players to play better with their team.

However, champions who are low in money or high in money will receive different rewards. And the Jungler will take the rest of the effect.

Each new version of Arena of Valor will replace the lobby. Not only the image, but the layout of the lobby interface will also be redesigned. The image of the current Arena of Valor 4.0 lobby will be the Light Dragon. 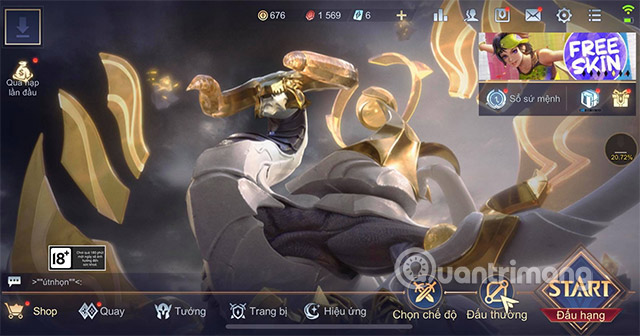 Version 4.0 also revised the pick and ban phase. During ban, all 3-4-5 positions have the right to ban at the same time (but cannot ban the same champion). The ban time lasts for 30 seconds.

During the selection, each person will have 20 to 25 seconds to choose, and also pre-select their favorite position before starting Ban.

The essence point limit of each tier will now be increased by 3 to 5 times. This number is required for class protection to stay the same. When the player reaches the Essence limit, the next game will receive extra stars and the number of Essence points required to increase the stars will be the same as the previous game. 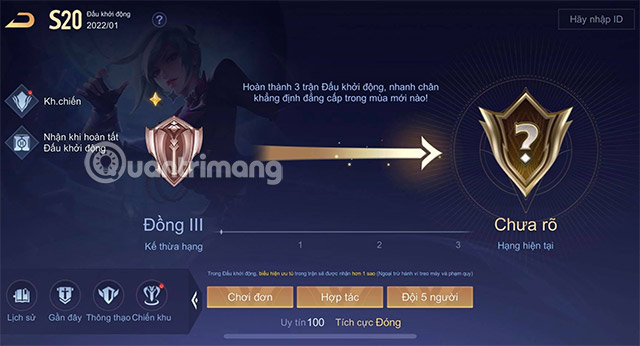 From now on, Master characters from 50 stars onwards will be called “Chief Generals”. Added rewards for “Warrior” tier. When you reach this rank, you will also have a permanent border.

When players reach the top 50 of the Server’s Heroes, they will receive an additional number showing their position on the leaderboard, which will also be refreshed regularly.

Now, if the two ranks are different, they can also enter the room to find matches. For example, if you rank Diamond, you can invite Gold and Master into the room.

With a Hero of 100 stars or less, they will be divided into 4 groups, each group has 25 stars. And so a 1-star Master can only set up a room with a maximum of 50-star Generals or less.

Above are the updated content in Arena of Valor 4.0 version. These contents do not seem to satisfy gamers, but in the near future. They will get used to these new mechanisms.