The racing game Forza Street Mobile is developed based on the original version for Windows 10 that was launched by Microsoft in April 2019.

In the game, players will be able to participate in freestyle top-notch racing around the streets of Miami. You will experience many different types of supercars such as Pherari, McLaren, Lamborghini, Porsche… 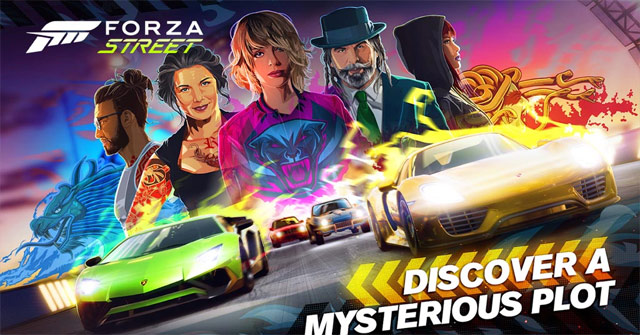 If you win the top position at the high-speed races, players will receive rewards that help unlock new cars, from classic classic cars to legendary cars to modern luxury supercars.

Although it belongs to the racing genre, unlike Asphalt, Need of Speed ​​or Real Racing, Forza Street’s gameplay is more about drag racing. This makes it easy for players to control the car to accelerate to the finish line. Players only need to pay attention to the timing of throttle, braking and acceleration to be able to win.

Currently, Microsoft has only released a limited version of Forza Street on both Android and iOS in the Philippines. If you want to download and experience this game first, you must move the App Store and Play Store regions to the Philippines (PH) region.

See more:  How to send silent messenger messages without notification

After you have moved the App Store region to the Philipping (PH) area, visit the link below to download the game to your device, install and experience.