Squid Game has cooled down so far, and will probably increase again when Squid Game part 2 comes out again. During that time, games based on Squid Game are still hot trends on app charts, game charts.

Initially, when Squid Game started to get hot, there were a few titles “following” Squid games on computers such as Roblox Squid Game, Crab Game… Then there was a series of subgame titles. Squid on mobile is gaining a lot of downloads and is very similar to the way it plays in the movie. Here are the mobile games based on the Squid Game that are hot on the phone charts.

Still the familiar games, but will belong to the Impostors and Crewmates that made many groups of close friends become enemies for a while. The gameplay is still as full as in the movie and they are played in 2D perspective.

You will see some familiar images of Among Us appear in this game. For example, those who are destroyed will lose half of their body, items such as banana peel murder daggers… will appear in the game. In some games, there will be extra cheats for players to use. 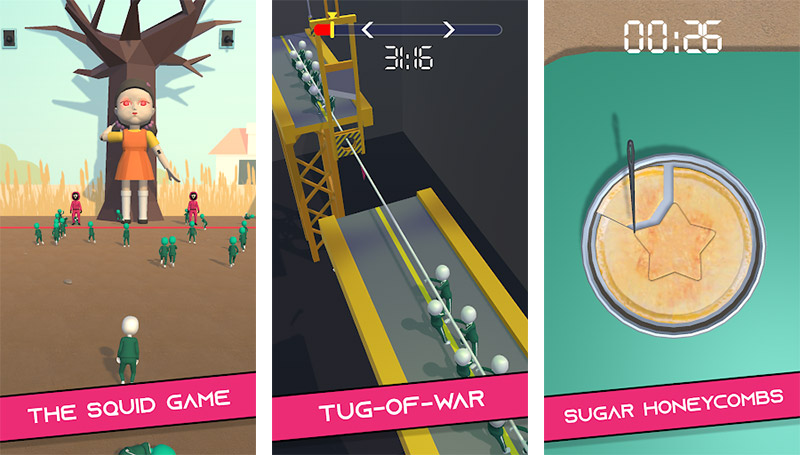 See more:  The latest Code Pet Simulator X and how to enter the code

Simply a title that is closest to the games in the movie. You will take turns participating in games such as green light, red light, tug of war, separating shapes in candy, putting marbles in holes, going through glass bridges…

But if that’s all, the game doesn’t really make an impression, the game can also unlock skins for characters. Increase the difficulty level for the games in the game, besides there are mini games such as fishing, Ddakji paper breaking… 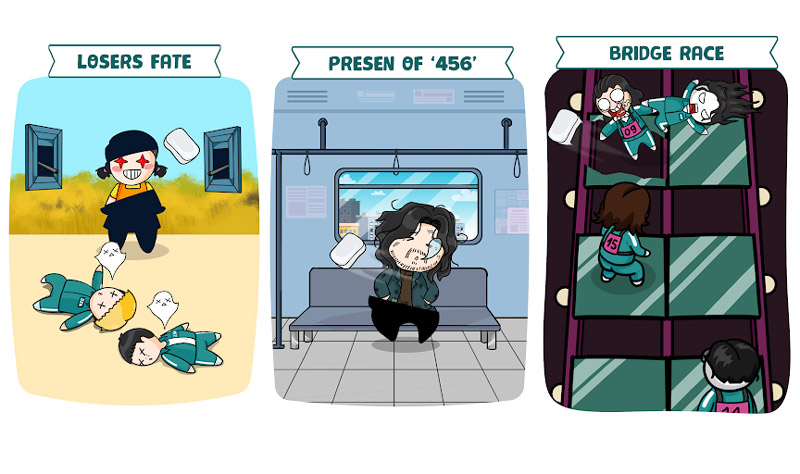 Still the games in the movie, but you won’t start right away when you enter the game. You will start the main character’s story from the beginning of the movie and according to each level, there are also puzzles that the player must solve in the game to unlock the next part of the story.

You will use an eraser to erase the parts that obscure the main content of the story. If the eraser is in the right place, the player will see that level unlocked with the main content and move on to the next level.

Although not directly played like Squid Survival Challenge : 456 or Survival 456 But It’ Impostor, the novel gameplay of Comics 456 – Squid Game will be the choice when you want to change the way you play Squid Game.

Cup of Candy: Challenge of Life 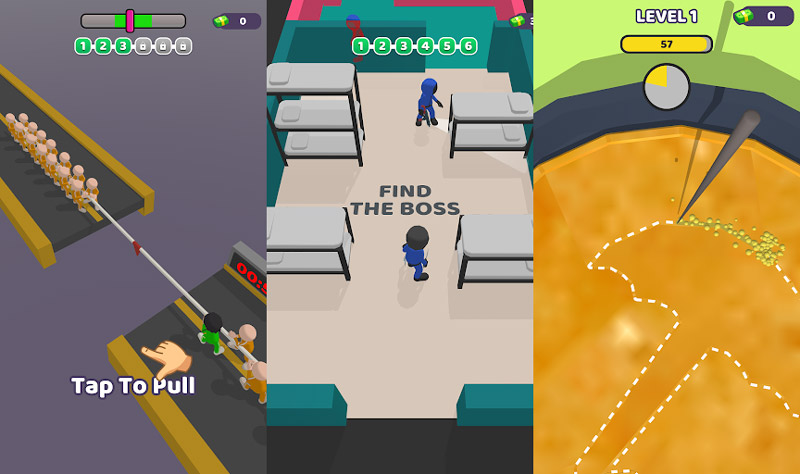 Candy Split: The Challenge of Life still offers players the games in the Squid Game. Although the difference is not much, there is still for players to experience. There will be more boss games like Hunter Assassin Game.

See more:  Code of the Three Kingdoms of Lies and how to enter the code

Along with that is the Red Light Green Light game that requires the player to kill all the surrounding players to be able to cross the red line to win. Those are mobile games inspired by the movie Squid Game. If you want to know what it’s like to win or get shot when participating in Squid games, try one of the games above.