Viktor once attracted attention when he appeared in Teamfight Tactics – TFT season 3.5 with his outstanding damage-making lane skill. By season 5 of Teamfight Tactics – TFT, Viktor is only a champion that supports damage and defense for allied champions, but he is still valuable from the beginning to the end of the game.

Season 6 Teamfight Tactics – TFT we will witness the return of this mage. Although a bit faint among champions like Kai’Sa, Jayce, Tahm Kench, Jinx, Galio… and under him there are two quite strong mage carries, Lux and Malzahar. But as a 5 gold champion, Viktor’s skill is not medium.

Not only dealing damage, Viktor’s lines also create a detrimental effect for gamers when reducing and penetrating the opponent’s armor. Pretty well counter some Teamfight Tactics – TFT clans with tanker properties like Guardians and Bodyguards.

For Viktor, he often goes with Chemistry or Mage, and Viktor’s items will be magic damage. That’s something that Teamfight Tactics – TFT gamers know well, but for those who have not had experience arranging Viktor in the team, please check out the instructions below.

Chemistry has good resistance champions like Zac, Warwick and Mundo. Lissandra does good damage and debuffs mid-game along with Singed. Twitch holds Urgot’s gear and if he has enough items and goes up to 3 stars, he can do pretty good damage in the early game.

Wizards are mostly damage dealers except Swain who can be a temporary tanker because he can heal from his skills. You should combine other tanker generals with Swain so that the back row has time to deal damage, especially Malzahar.

Since Viktor doesn’t appear until later, you need to make good use of the Mage and Chemistry champions. If you choose to follow the Mage, Malzahar will be the main champion in the middle of the game. And Chemistry can give this task to Twitch along with Lissandra. With Chemistry, Lissandra can hold Viktor’s belongings, and with Mage, anyone can keep Viktor’s stuff. 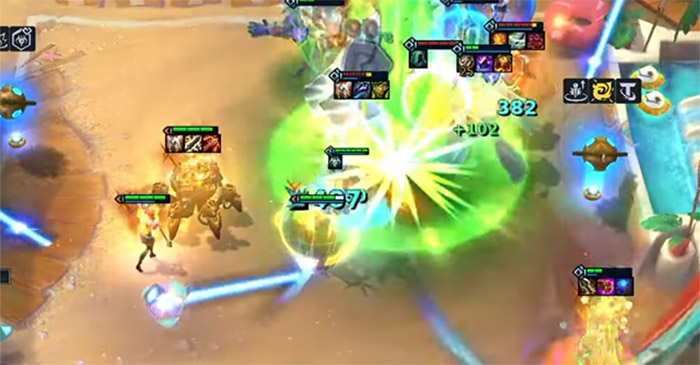 Of course, as a Mage, Viktor’s items are mostly using Oversized Sticks > Tears > Training Gloves > BF Swords. Any mage can pawn Viktor, and in Chemistry, Lissandra is the most suitable champion. 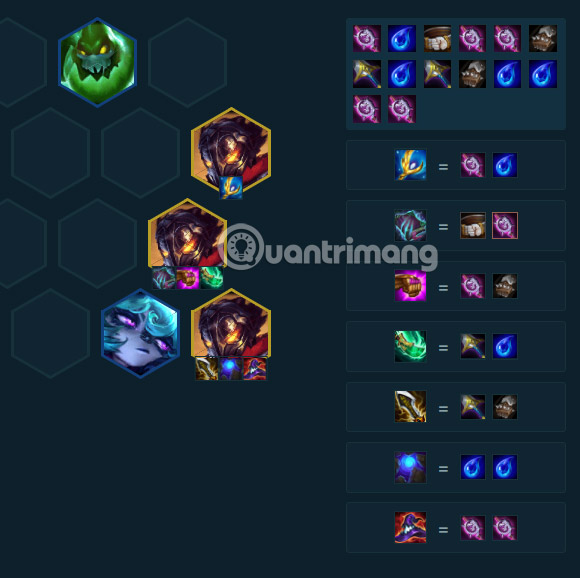 In this lineup, next to Viktor will be Lux and Urgot with Malzahar as the main damage dealers. Zac, Mundo and Warwick will be on the tanker team. Vex can help tankers deal extra damage to enemy tanks. Malzahar will do the main damage in the team until he finds it

Before Viktor appears, the main damage task can be assigned to Lissandra. Team Chemistry, Twitch will keep Jinx’s belongings. The defense of this squad will be quite crowded with Warwick, Mundo, Zac, Vi and Trundle so the back row of the squad will have enough time to deal damage.

Viktor’s damage in the above formation is very strong, if there is a Hextech Upgrade 2 Mages that can activate 8 Wizards, the enemy team will die very quickly if there is no control. Tanks all go to Mundo for him to carry out his mission.

Because under Viktor there are two quite strong mages, Malzahar and Lux, so Viktor will often do the task of an auxiliary carry. However, in some cases where you see a lot of Viktor, this is still a late game champion worth trying.