Microsoft has just rolled out a new update of Windows 11 to the Windows Insider channels. The most notable point of this update is that it includes the ability to run Android applications that are being of great interest to many people.

Installing the application is quite simple. Microsoft partners with Amazon to have the Microsoft Store list the app while the Amazon Appstore makes it available for you to install or update. Microsoft uses a subsystem called Windows Subsystem for Android to run Android apps on Windows 11. 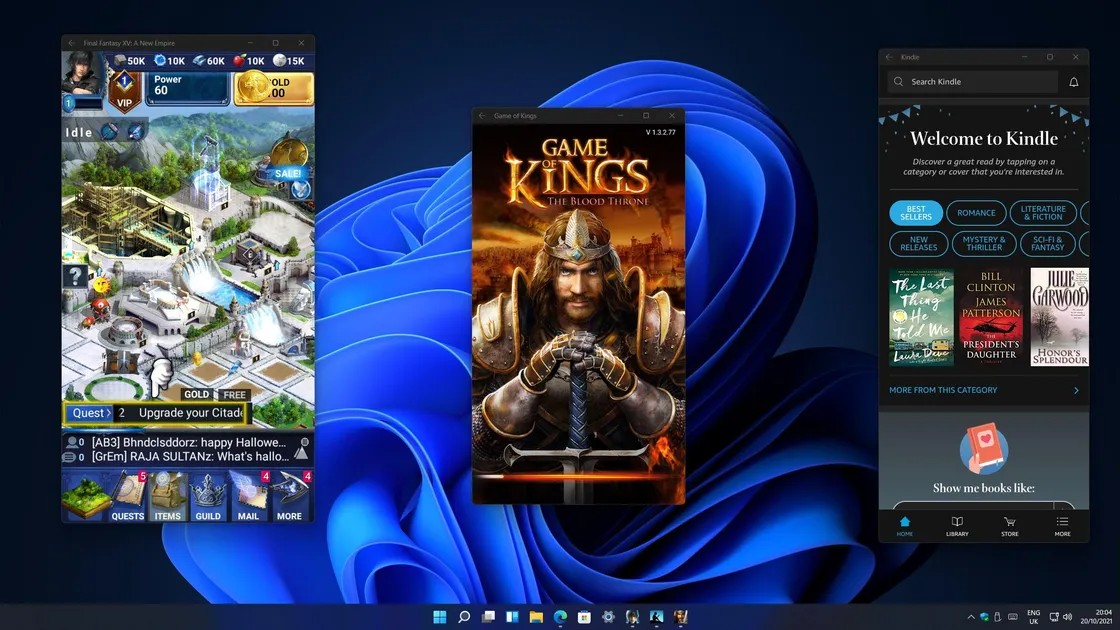 Android applications will run in a virtual machine but can still be placed next to other Windows windows. You can pin Android apps to the Start Menu or Taskbar and use all the multitasking and window switching features of Windows 11 like other apps.

Currently, there are only about 50 applications to test. Initial experiences with The Verge were smooth, and apps from games to news to Amazon Kindle all worked fine.

However, there are still some limitations such as not being able to resize the application window properly, Android apps consume a lot of resources…

Currently, Microsoft only allows a small group of users in the US to test this feature. Therefore, to be able to test Android apps on Windows 11 early, you need to meet some of the following requirements:

See more:  How to resize virtual keyboard/touch keyboard on Windows 11

TipsMake.com will soon have a more in-depth experience about this feature for your convenience! Let’s wait and see!